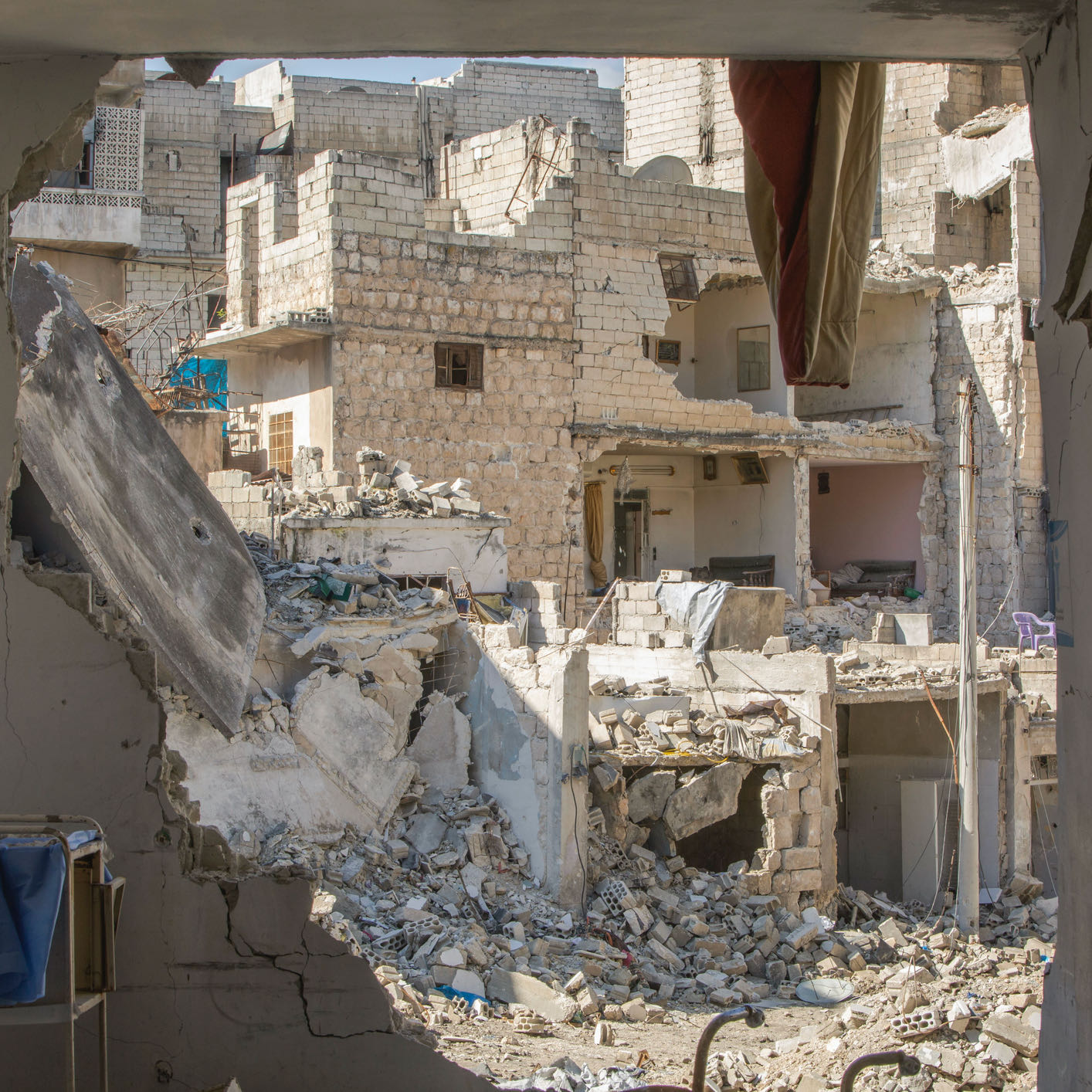 Our genetic code is determined at conception and, in general, it does not change. However, our environment and experiences can change the way the code is read – whether certain sentences are read over and over again, and whether other sentences are not read at all.

Researchers studying epigenetics – how environment and experiences impact the expression of genes – have found that trauma can lead to genetic changes, which in turn can increase the likelihood of a wide range of diseases and disorders later in life. Researchers have also found that some of these epigenetic changes are passed down one and even two generations, meaning that our grandparents’ experiences could affect us at the genetic level.

The findings shed light on the potentially dire consequences of exposure to violence, famine, abuse, discrimination and stress, including on future generations, and the need for intervention programs to prevent harm and support those who have been harmed. The intergenerational impacts of trauma also help explain the added challenges facing second- and third-generation trauma survivors trying to live healthily, succeed academically, form meaningful connections or escape poverty.

Through directed studies courses, three Laurier undergraduate Health Sciences students sought to learn more about stress, adversity, trauma and epigenetic effects, in order to better understand how trauma and other adverse events affect health. With help from Robb Travers, professor and chair of Health Sciences, and Debbie Chaves, Laurier’s science librarian, students found scientific journal articles about epigenetics and related topics. Their findings were summarized in a literature review for their final project.

“We assume that if you go to the gym and eat healthily, you can prevent disease. I think people don’t realize it’s bigger than that; it’s beyond us. If our parents experienced discrimination, famine or war, there is a strong chance that we might be permanently changed.” 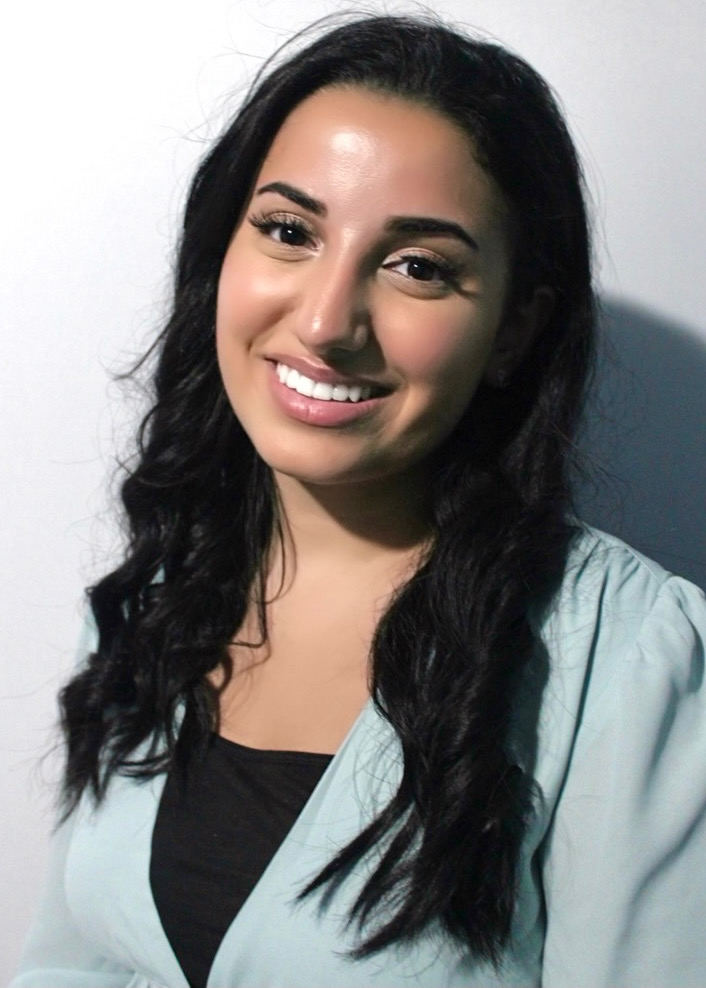 For her directed studies course last year, Marina Youssef, a third-year Health Sciences student, focused on the effects of stress during pregnancy on the developing fetus. While she expected that stressed mothers would give birth to anxious children, she was surprised to learn that maternal stress can lead to many other biological changes in infants that last their lifetimes.

Youssef examined nearly 30 studies about stress during pregnancy and the impacts on the child, including stress caused by war, famine, natural disasters, racial discrimination, abuse and even daily hassles. While maternal stress did lead to higher levels of the stress hormone cortisol in children, it was also associated with a higher risk of pre-term birth, low birth weight, neurological delays, attention deficit hyperactivity disorder, schizophrenia, asthma, obesity and diabetes, as well as a variety of metabolic and cardiovascular diseases.

Since our genome is determined when sperm meets egg, the genetic impacts of maternal stress are caused by changes in how our genetic code is read, rather than changes to the code itself.

“We assume that if you go to the gym and eat healthily, you can prevent disease,” says Youssef. “I think people don’t realize it’s bigger than that; it’s beyond us. If our parents experienced discrimination, famine or war, there is a strong chance that we might be permanently changed.”

While the research found that some epigenetic changes were unavoidable, several articles found that social supports were effective at decreasing levels of stress, regardless of the stressor. By making support groups and resources more accessible, suggests Youssef, some of the stress on mothers – and the long-lasting impacts on their children – might be prevented.

Since some epigenetic changes can be reversed, identifying and recognizing these changes as a driving force behind our wellness can provide a framework for reversing the effects. 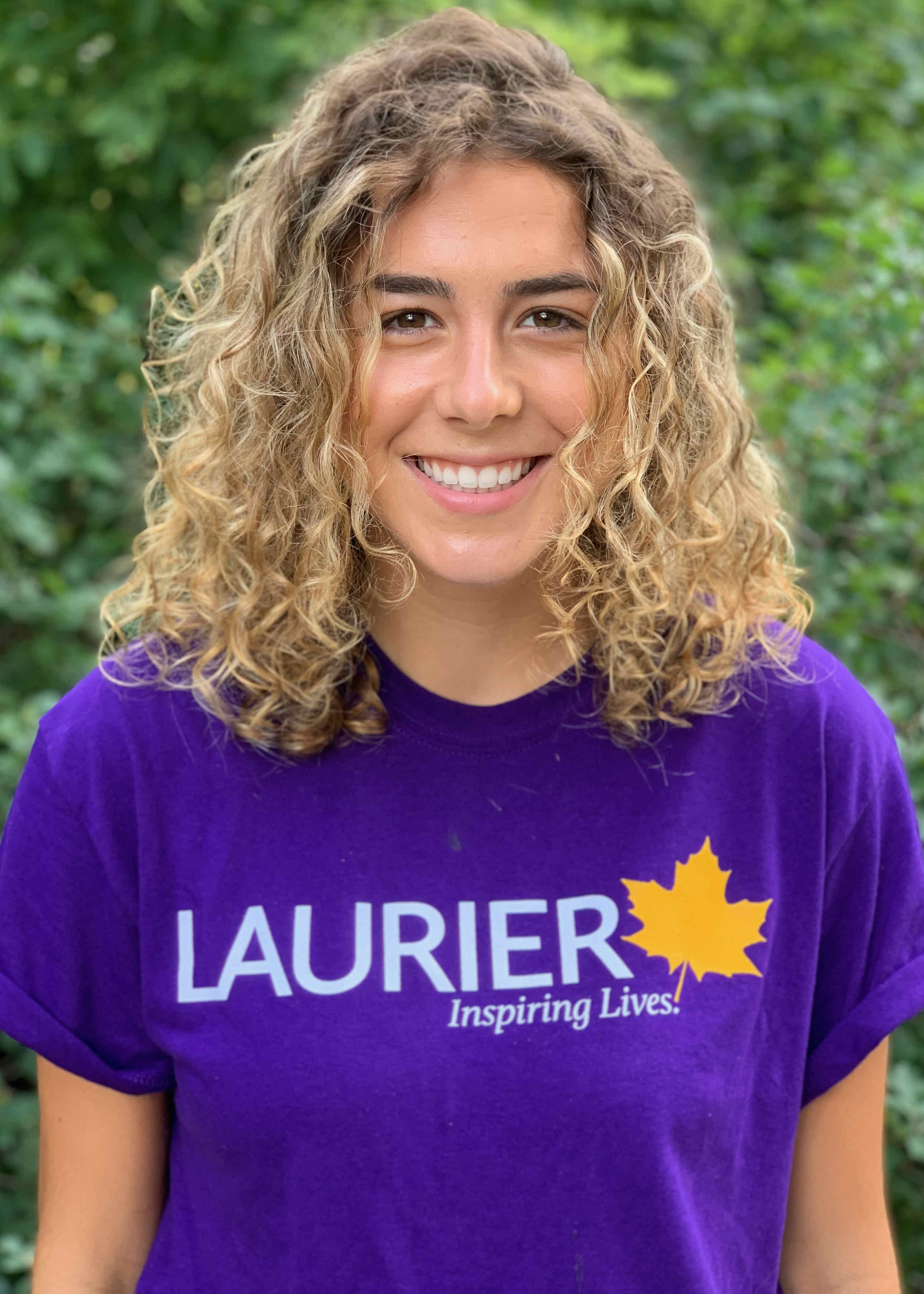 As a child of Bosnian refugees from the former Yugoslavia, Mia Stevandic, a Health Sciences student, had noticed that some members of her community were thriving and had successful careers, even after spending part of their childhood in a warzone. Others with similar childhood experiences couldn’t keep jobs and struggled with addiction and mental illness.

While adverse childhood experiences were linked to obesity, hormonal changes and mental health disorders, including depression and anxiety, some social and genetic factors can act as a buffer, Stevandic found.

At first, Stevandic searched for scientific studies that examined the role of individuals’ environments, finding that those who had support from family, friends and community were more resilient to the impacts of adverse childhood experiences. Social integration, physical education, school engagement and cultural resources also acted as buffers. How individuals perceive their social support, as either negative or positive, also had an impact, as did certain personality traits and skills, such as an optimistic outlook and positive coping styles.

As she continued her research, Stevandic found that even in cases where two individuals had very similar childhood experiences and social supports, they could still be affected differently because of genetic and other biological differences.

The research underscores the potential consequences of abuse, neglect and household dysfunction and the importance of support systems in childhood and beyond.

“Many of our health issues, including diseases and behavioural problems, are rooted in childhood,” says Stevandic. “That kind of speaks to how nurturing the early environment needs to be and the need for proper childhood intervention screening, especially in schools, where children spend most of their time.”

Now in her fourth year, Stevandic is working on her thesis about adverse childhood experiences and the likelihood of developing depression in the lesbian, gay and bisexual population in Canada. She is using data from the LGBTQ2Q+ Canadian Health Survey, collected by Health Sciences Professor Todd Coleman of the Social Inclusion and Health Equity research group.

“The research was pretty eye-opening for me. It’s made me more mindful and understanding of other people. Our health and behaviours reflect a mosaic of experiences and conditions. It’s difficult to understand people wholly without first unravelling their unique histories and experiences.” 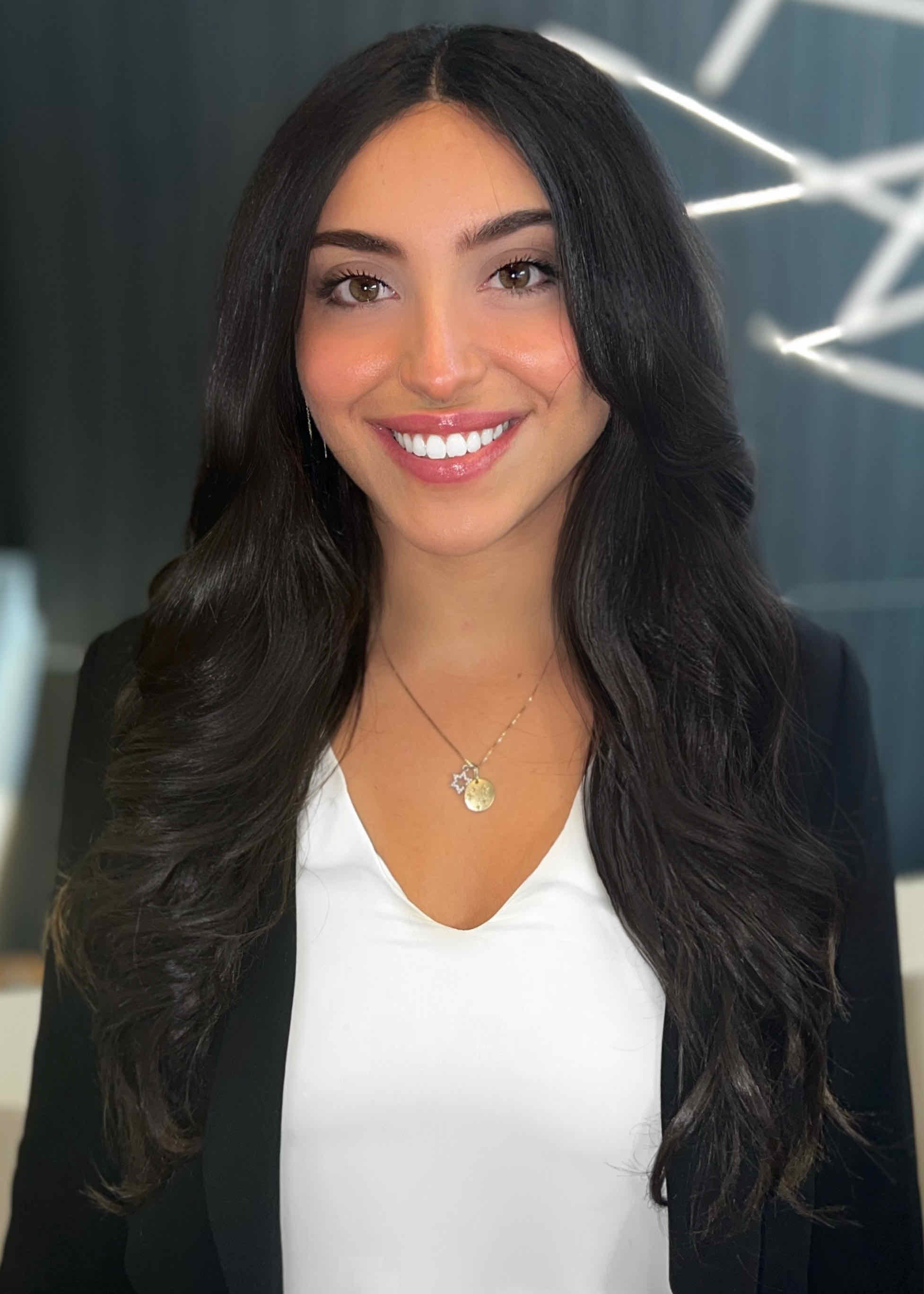 Kayla Saul grew interested in epigenetics after reading an article in the New York Times about the 1944-45 Dutch famine, when more than 20,000 people starved to death after the Nazis blocked food supplies to the Netherlands. Those who did survive were forever changed at a genetic level, including the children of women who were pregnant during the famine.When those children became adults, they had higher rates of obesity, diabetes and schizophrenia, among other conditions, than the rest of the population.

As a third-generation Holocaust survivor, Saul was also interested in understanding how her grandfather’s experiences in the Holocaust might have impacted his health and outlook on life and how his experiences could have affected her family today.

Saul read through scientific studies detailing the effects of trauma on adults who lived through trauma, as well as children in utero during the trauma and the consequences for future generations. The articles detailed trauma incurred as a result of the Holocaust, the Dutch famine, the Rwandan genocide, 9/11, the Canadian residential school system, armed conflict, abuse, discrimination and other traumatic experiences.

Saul was surprised by how variable the health outcomes of individuals who experienced trauma were. She discovered that the way our genetic code is read as a result of past trauma is highly variable and is influenced by many factors, including the type of trauma, when it occurred, social supports, personality traits, physical health and genetic differences.

Researchers studying intergenerational trauma from the Holocaust found epigenetic changes in children when one or both parents were Holocaust survivors. Another study found that second-generation Holocaust survivors were more likely to experience poorer mental and physical health and have Type 2 diabetes, hypertension and high cholesterol levels.

“The research was pretty eye-opening for me. It’s made me more mindful and understanding of other people,” says Saul. “Our health and behaviours reflect a mosaic of experiences and conditions. It’s difficult to understand people wholly without first unravelling their unique histories and experiences.”

Like Stevandic, Saul is now studying the impacts of adverse childhood experiences on mental health outcomes in the lesbian, gay and bisexual population in Canada for her fourth-year thesis, under Travers’ supervision.

Laurier’s Health Sciences program strives to continually provide students with a comprehensive cell-to-society (how social factors affect our biology) approach to health education. In Fall 2022, Health Sciences will be offering a new course on epigenetics and health. The fourth-year course, taught by Assistant Professor Sarah Poynter, will focus on how epigenetic changes occur and how these changes impact human health.