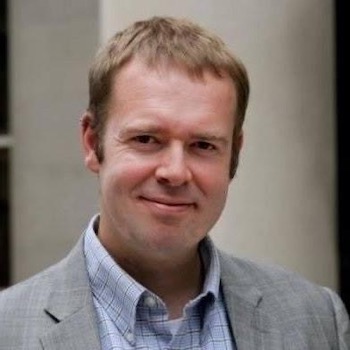 Wilfrid Laurier University is saddened by the passing of Graham Mitchell, Laurier’s director of communications and issues management. Graham died Oct. 8 after a brief battle with cancer.

Graham joined the university in June 2020 and quickly became a respected leader, colleague and team member at Laurier. He was regularly sought after for his counsel and mentorship and was well-regarded for his strategic advice, wisdom and calm approach. Graham was admired for his integrity and for advocating for values-based decision-making principles.

During his time at Laurier, Graham led strategic approaches in support of many institutional initiatives including a strong commitment to Indigeneity and equity, diversity and inclusion. He oversaw issues management processes, responses and media relations as well as social media.

Despite only being at Laurier for 16 months and working virtually for all that time, those who worked with Graham felt that he had been a part of the Laurier community for years. He was a strong mentor to his team, continually supporting their professional development and encouraging their best work.

Prior to joining Laurier, Graham spent nearly 20 years working in municipal and provincial government as well as non-profit management, including serving as chief of staff to Alberta’s Minister of Energy and Minister of Finance; working in the Parks, Forestry and Recreation department at the City of Toronto and early in his career serving as executive assistant to Jack Layton, a City of Toronto Councillor at the time. Graham earned a BA in English and Political Science from the University of Alberta, and a Master in Environmental Studies (Urban Planning) from York University.

During his short illness, Graham was surrounded by love and support from family, friends and current and former colleagues from across the country. He leaves behind two sons, Milo and Emmett, and his partner, Deanna Yerichuk, assistant professor with Laurier’s Faculty of Music. Details about Graham’s funeral service can be found on the Henry Walser website.