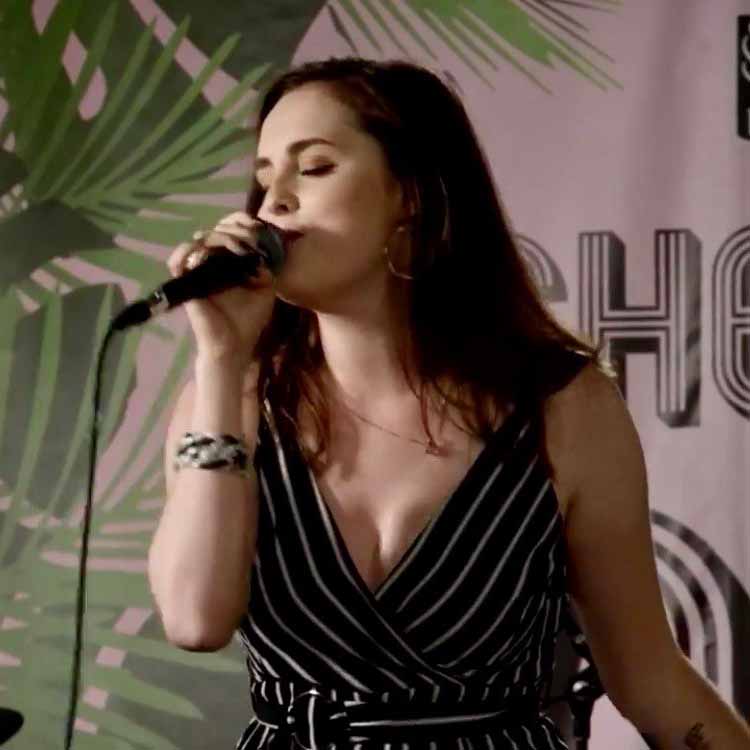 This past winter, RBC Bluesfest, a summer music festival in Ottawa, put out a call for emerging young female singers across Canada to enter its She’s the One competition. The winner would be provided an opportunity to collaborate with industry professionals to produce a single and have it promoted around the world, as well as perform on stage at the 2021 RBC Bluesfest.

Emma Armstrong, a third-year Wilfrid Laurier University Community Music student, heard about the competition on social media. Armstrong entered in February, sending in two original songs she had recorded with her music partner, Jake Mitchell, and a few YouTube videos of cover songs.

In June, Armstrong received an email letting her know that she had been chosen as one of the competition’s seven finalists. The winner would be chosen by public vote, so Armstrong asked as many family and friends as she could think of to vote for her. On July 12, she was asked to join a Zoom call to hear who had won. Armstrong was told all of the finalists would be there, but when the call started she was the only one.

“I was just waiting and watching their Facebook page,” says Armstrong. “Then I saw my camera turn on and saw my face. I had no warning at all. It was a big surprise. It was really cool.”

Over the next year, Armstrong will work with Cadence Recording and Corus Entertainment to write and record a song that will be marketed to audiences worldwide. All expenses, including travel costs, will be covered. She will also receive coaching and have an opportunity to network with some of the most influential songwriters and producers in the Canadian music industry.

“I'm developing my songwriter skills since I’ve only been doing it for a couple years,” says Armstrong. “But I’m especially looking forward to meeting with professional writers who can inspire me and teach me more about songwriting.”

Armstrong is scheduled to perform on stage at RBC Bluesfest in August 2021.

Music has always been a big part of Armstrong’s life. She began singing in choirs at age 10 and has performed in a number of musical theatre productions. When she was 14, she participated in a youth talent search at the Calgary Stampede.

Armstrong was drawn to Laurier’s Community Music program because it provides the opportunity to study the musical genres she loves, especially rock, and because of the program’s many hands-on learning opportunities. With the experiences she will gain inside and outside of the classroom this year and next, Armstrong says she will be closer than ever to realizing her dream of becoming a professional musician.