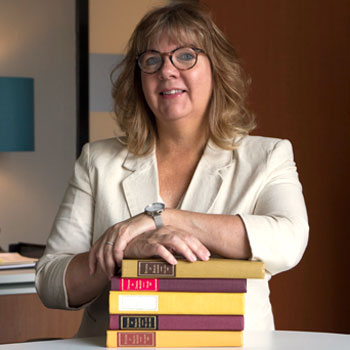 Kathryn Carter’s one-year term as acting dean of the Faculty of Liberal Arts, which began July 1, 2019, has been extended for an additional year to June 30, 2021.

During her role as acting dean, Carter has brought her leadership to building on opportunities for the faculty, as well as involvement in a number of initiatives on Wilfrid Laurier University’s Brantford campus, including moves to One Market and the advent of a number of new 2+2 pathways and partnership opportunities.

Carter has a long history at Brantford, where she first taught as a CAS instructor from 2000 to 2002, and then from 2002 onwards as a full-time faculty member. Her previous administrative roles have included associate dean: Brantford campus, acting dean, Brantford campus, and inter-faculty associate dean: academic coordination. Carter served as acting associate vice-president: Teaching and Learning in 2015/16 and 2016/17 and was appointed to the role on July 1, 2017.

A search committee will work through the 2020/21 academic year to identify the next dean of the Faculty of Liberal Arts.