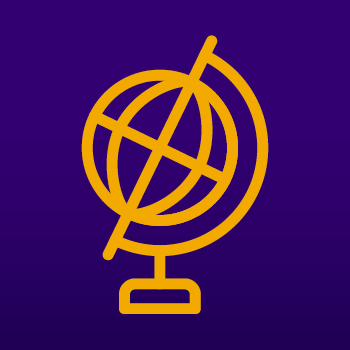 Wilfrid Laurier University is honouring three of its most promising and accomplished faculty members with Early Career Researcher Awards. The internal awards recognize faculty who are early in their careers and have made exceptional contributions to research and student training.

Each award winner was nominated by their dean and will receive a $2,500 grant to support their research program.

“We are proud to showcase and support the important research that professors Bird, Kerber and Miller are conducting at Laurier,” says Jonathan Newman, vice president: research. “They are contributing to our collective global knowledge and fostering an environment of academic excellence for our students.”

Bird is a contemporary social and political theorist. His research focuses on biopolitical philosophy, a field that examines how life has been politicized in modern societies. Most recently, Bird co-edited a collection of essays with Associate Professor Penelope Ironstone entitled Writing in the Midst of the COVID-19 Pandemic: From Vulnerability to Solidarity, in which Canadian scholars explore issues including public health, social hygiene and vulnerable populations through a biopolitical lens.

“In our world, life has become an object that is controlled, manipulated, governed and transformed,” says Bird. “A biopolitical perspective examines the relationship between human vulnerability and structural vulnerability. What this pandemic has made clear is that many populations in our society, including migrant workers and the homeless, are being rendered structurally vulnerable to this virus.”

Since joining Laurier as a faculty member in 2013, Bird has secured nearly $48,000 in research funding. In 2016, he used funding from a SSHRC Connections Grant to support an international workshop and graduate student conference entitled “The Politics of Life: Rethinking Resistance in the Biopolitical Economy,” and in 2017 he won the Symposium Book Award for his book, Containing Community. Bird is the co-founder and coordinator of Technē: Wilfrid Laurier University Biopolitical Research Group, an interdisciplinary group of faculty and students.

“As a professional teaching stream faculty member, I am honoured to have my research recognized,” says Bird.

Kerber primarily studies Canadian literature and the environment. Her book, Writing in Dust: Reading the Prairie Environmentally, was a finalist for the Gabrielle Roy Prize, a national award for outstanding works of literary criticism. Kerber’s work has examined subjects including bees and colony collapse disorder, as well as mobility and environmental justice in Canadian and Indigenous literatures.

“It is important to emphasize the value of stories and storytelling since they shape so many of our environmental worldviews and subsequent actions,” says Kerber. “I hope my research demonstrates the value that the artistic imagination can bring to our understanding of environmental challenges of the past, present and future.”

Kerber has secured more than $76,000 in research funding since joining Laurier in 2013, including a SSHRC Insight Grant. Her current SSHRC-funded project is examining how writers and artists have depicted environmental phenomena that cross the Canada-U.S. border – including animal migrations and the spread of disease – and how they can help people think about the values and limits of national borders.

“It's a huge honour to receive an Early Career Researcher Award and the affirmation of my colleagues and the institution,” says Kerber. “It's also great motivation to keep doing the work I enjoy and to support students along the way. I really feel that I landed in the right place when I came to Laurier and cherish the collegial community of researchers, teachers and students.”

Miller is an expert in behavioural neuroscience and his research focuses on the dynamics of group behaviour. He studies a range of species including fish, humans, birds and snakes to examine how different social systems are structured and how individuals learn and behave within them.

“In all social species, being in a group shapes our behaviours and requires special cognitive processes for interacting within our groups,” says Miller. “For example, endangered and threatened snakes tend to disperse away from protected sites when they are reintroduced into the wild, greatly reducing their survival rates. We have found a way to attract snakes to specific locations, which may help increase their fidelity to release sites.”

Miller was honoured with a 2019 Laurier Faculty of Science Award for Excellence in Teaching. He has secured $160,000 in research funding since coming to Laurier in 2014, including an NSERC Discovery Grant and a Banting Research Foundation Award. Supported by an ORF Research Excellence Grant and a SSHRC Partnership Development Grant, Miller is currently collaborating with Professor Manuel Riemer to study how people interact in the workplace and how they can increase their productivity and well-being.

“I feel very honoured to have been chosen for this award,” says Miller. “It is refreshing that Laurier supports the efforts of those of us exploring the fundamentals of basic science, with applications perhaps further away.”