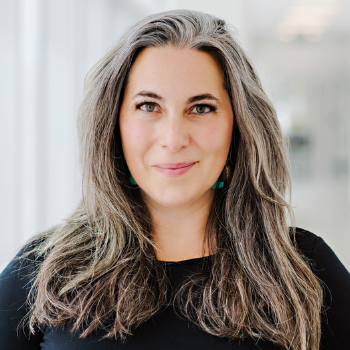 BRANTFORD – Since 2013, Wilfrid Laurier University Associate Professor Kate Rossiter has been studying the effects of institutional violence through her research on the former Huronia Regional Centre in Orillia, Ont., Canada’s first and largest residential facility for people with intellectual disabilities. Now her research is prominently featured in a new documentary film premiering at the Hot Docs Festival in Toronto on May 3.

Unloved: Huronia’s Forgotten Children tells the story of two brothers who were institutionalized at Huronia in the 1950s. The film is written and directed by their sister, filmmaker Barri Cohen.

“Professor Rossiter's scholarship was instrumental in helping me focus on a core theme and question in the film, which is ‘why do we consistently behave in sadistic ways when we care for the most vulnerable people in our communities?’” said Cohen. “Through Professor Rossiter's efforts, Laurier is in possession of most of Huronia's remaining artifacts, and we were grateful to both she and the university for granting us filming access to these artifacts. I think it is important for viewers to see the objects that were part of the survivors’ everyday lives.”

The artifacts, which include furniture and medical equipment, are featured in a new digital archive Rossiter is debuting in conjunction with the film’s release. The Recounting Huronia Community Archive includes survivor profiles, curated online exhibits and photos of the Huronia grounds.

“These objects are meaningful in terms of the stories they tell,” said Rossiter. “We have sewing patterns for straightjackets because the residents were forced to do manual labour and make straightjackets for themselves. There are baby cribs made of metal bars. This history is space and place-based, so it’s critical for people to see these items in order to understand what happened at Huronia.”

As a researcher, Rossiter has remained deeply engaged in this topic for nearly a decade because she wants to continue growing awareness about the dehumanization that can occur in institutional care settings. In her book, Institutional Violence and Disability: Punishing Conditions, Rossiter and her co-author, Jen Rinaldi, developed a model of five pre-conditions that can predict, and therefore prevent, institutional violence.

“So many people don’t know the deeply awful histories of how our country has treated people with disabilities,” said Rossiter. “It’s so meaningful to me to work alongside brave survivors who are willing to share their stories. They motivate me to make sure that this type of institutionalization doesn’t happen again.”

Rossiter is eager for people to see Unloved, in which she is interviewed. The documentary will screen at Hot Docs on May 3 and 6, ahead of its premiere on CBC’s Documentary Channel later this year.

“The film is very powerful. Barri did a beautiful job,” said Rossiter. “I hope it helps to preserve the memory and legacies of her brothers and finally give them a place in the world.”