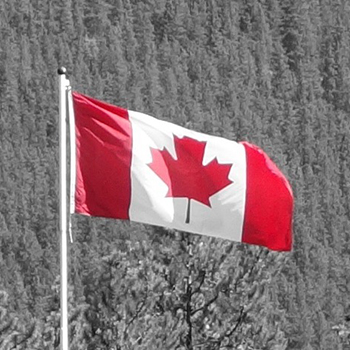 WATERLOO – A new study conducted by researchers at Wilfrid Laurier University found that 72 per cent of non-Indigenous Canadians support acknowledging Canada’s residential school system as a “cultural genocide.” This figure is only two percentage points higher than an Angus Reid poll completed in 2015 following the release of the final report of the Truth and Reconciliation Commission of Canada.

“It is troubling to see a lack of change in public perceptions after six years of efforts by the Truth and Reconciliation Commission and the terrible rediscoveries of mass graves at former residential school sites this summer,” said Andrew R. Basso, an adjunct faculty member at the Laurier Institute for the Study of Public Opinion and Policy and co-investigator on the study. “Among other factors, we found that genocide recognition varies across political party affiliations.”

When broken down by political party, support for describing the residential school system as a genocide is higher among voters for the NDP (83 per cent), Bloc Québécois (75 per cent), Liberals (74 per cent) and Green Party (73 per cent). In contrast, agreement dropped to 59 per cent among supporters of the Conservative Party and approximately half of the small sample of People’s Party voters.

The survey, which was completed by 1,500 respondents in early August 2021, also asked Canadians if they agreed or disagreed with seven specific recommendations to advance reconciliation, which were selected from the 94 calls-to-action presented by the Truth and Reconciliation Commission of Canada and from other policy proposals. The recommendations ranged from changing allocations of current and new governmental funding to increasing Indigenous visibility in the media.

On average, respondents agreed with just two or three of the seven policy proposals, while 12 per cent indicated that they agreed with none.

“While many Canadians are ready to recognize the residential school system as a cultural genocide, there may be less sympathy and understanding than the Truth and Reconciliation Commission might have hoped,” said Andrea Perrella, associate professor of Political Science and co-investigator on the study. “There may be a perception among settler Canadians that if Indigenous peoples gain, they might ‘lose’ and there will be fewer opportunities for them. On the surface, we can believe and affirm that this was a genocide, but it’s not just a labelling process: it’s about recognition and action.”

The researchers are framing their results in the context of “thin sympathy,” an emerging theory which argues that dominant societal in-groups, such as settler Canadians, must develop a sympathetic response toward out-groups who have been historically marginalized in order to stimulate institutional, systemic change.

“Thin sympathy may be necessary for any transitional justice effort to work,” says Basso. “This does not necessarily mean deep, committed allyship, but rather a baseline recognition that violence was committed and it influences our country’s history, present and future. The first step is to gather and disseminate information, which the Truth and Reconciliation Commission has done, but the next step is sensitizing the population to the information to create understanding and change. Based on our results, it seems that many Canadians continue to be resistant to sympathy and are therefore less willing to act upon opportunities for change in our era of reconciliation.”