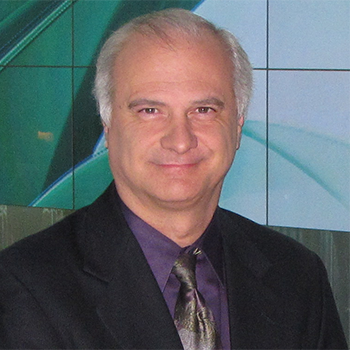 WATERLOO – Mark Terry, a contract faculty member in Wilfrid Laurier University’s Department of English and Film Studies, has been elected to the Fellowship of the Royal Society of Canada (RSC). Recognition by the RSC is the highest honour a scholar can achieve in the arts, sciences and social sciences.

Terry’s appointment to the RSC’s Division of Arts recognizes his achievements as a documentary filmmaker. Over his 25-year career, Terry has made more than 60 feature films and television programs. He also pioneered the use of an innovative form of documentary film called the Geo-Doc, currently being used within the United Nations (UN) as a communications tool that bridges the gap between science and policy. Terry’s work documenting polar research was previously honoured with a Queen’s Diamond Jubilee Medal for international humanitarian service.

“This is a remarkable achievement that recognizes Mark’s extensive contributions to the film and television industry,” said Deborah MacLatchy, Laurier’s president and vice-chancellor. “We are very fortunate at Laurier to have Mark share his knowledge and experiences with our students.”

In addition to his teaching work at Laurier and in the Faculty of Environmental and Urban Change at York University, Terry has taught at universities in Moscow and Saint Petersburg, Russia. Since 2009, he has worked with the UN on the Youth Climate Report, creating films about global scientific research shown at the UN’s annual Framework Convention on Climate Change conferences.

“When my film The Antarctica Challenge: A Global Warning was shown by the UN in 2009, it was the first time a documentary film had been used for data sharing at a UN summit,” said Terry. ““That is when I began using documentary as an instrument for social change. My films are not as much commercial as they are educational. They are intended to serve as a tool to inform and influence policy and to amplify the voices of the global communities of youth and aboriginal people.”

Terry’s films for the UN earned him the Gemini Humanitarian Award from the Academy of Canadian Cinema and Television. He is currently completing a documentary called The Changing Face of Iceland about the effects of climate change on the Arctic island nation.

Terry is listed as one of Canada's 100 Greatest Explorers by Canadian Geographic Magazine, has been presented with the Stefansson Medal by The Explorers Club for documenting climate research in polar regions, and recently published a book of poetry called Pandemic Poetry: A Collection of Poetic Musings on Life During the Coronavirus. He will be formally inducted into the Royal Society of Canada during a virtual ceremony on Nov. 27, 2020.

Terry joins three Laurier professors who were elected as fellows of the RSC in 2019: Phelim Boyle, Rianne Mahon and Eleanor Ty. Professor Emerita Rhoda Howard-Hassman was elected in 1993 and Adjunct Professor William Finlayson was elected in 2002. Laurier is also home to five current members of the College of New Scholars, Artists and Scientists of the RSC. Professor Anne Wilson was named to the college in 2014, Alison Blay-Palmer and Alison Mountz in 2016 and Jennifer Baltzer and Shohini Ghose in 2017.