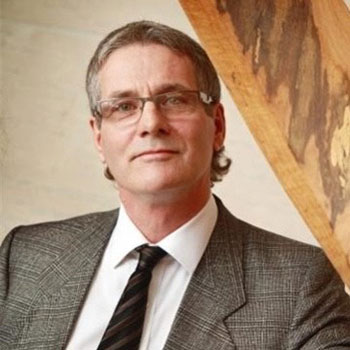 Brantford – David Milgaard, who spent 23 years in prison following a wrongful conviction in 1969, will speak about his experience in the criminal justice system at a public lecture March 11 at Wilfrid Laurier University’s Brantford campus.

Wrongfully convicted for the rape and murder of Gail Miller in Saskatoon, Sask., Milgaard was 17 when he was sentenced to life in prison. It took more than two decades and new DNA testing for Milgaard to be exonerated of the crime and the real killer to be brought to justice. Milgaard credits his mother Joyce Milgaard's unwavering support in her fight to prove the truth about her son’s innocence and secure his freedom.

Since his release, Milgaard has been an advocate for wrongfully convicted individuals in Canada. He is an advisor to the Independent Review Board Working Group, which is working with David Lametti, minister of justice and attorney general of Canada, to aid in the establishment of an independent review commission for the wrongfully convicted. Milgaard will discuss his experiences within the justice system, the impact of education in preventing wrongful convictions and how Criminology students can learn from his story.

“David Milgaard could certainly have become a private citizen after his exoneration, but he has become an advocate and speaker, working to change justice policy in Canada,” said James Popham, an assistant professor of Criminology. “This will be an opportunity for the community to hear about Mr. Milgaard’s experiences with the justice system and learn about his vision for reforming the exoneration process in Canada.”

The public lecture, hosted by Laurier’s Criminology department and the Criminology Student Association, takes place during the annual Academic, Creative and Engaged Research Showcase on the Brantford campus, taking place from March 9 to 13.

At Milgaard’s request, no recording devices will be permitted during the lecture. Milgaard will be available to respond to media questions prior to the event.