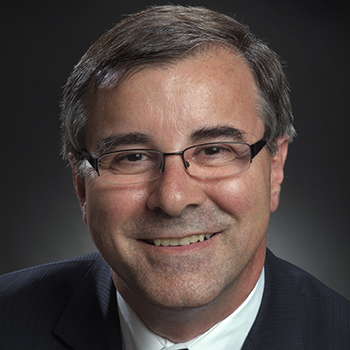 Vannelli joins Laurier after serving as provost and vice-president: academic at the University of Saskatchewan since 2017.

“I am very pleased to welcome Dr. Vannelli to Laurier,” said Deborah MacLatchy, Laurier’s president and vice-chancellor. “Tony’s skills as a university administrator, researcher and professor will contribute significantly to achieving the academic and institutional priorities outlined in our Laurier Strategy. Throughout his career, Dr. Vannelli has been intentional and successful in fully supporting student learning, academic program development, and faculty scholarship, which provide a strong foundation for leadership at Laurier.”

As provost and vice-president: academic, Vannelli will focus on advancing academic excellence and developing future-ready students. He will also work closely with the president and vice-chancellor on university-wide initiatives and serve as an integral member of the university’s executive leadership team.

"It is a distinct pleasure and honour to join Wilfrid Laurier University at this exciting time in its history,” said Vannelli. “Combining student-focused education and experience, scholarly growth and community engagement has led to this unique multi-campus university having major impact in Canada and abroad. I look forward to continue building together the strong environment and community that is at the core of Laurier."

Vannelli was inducted as a fellow by the Canadian Academy of Engineering in 2016 and received the Science Teachers of Ontario Service Award the same year. Among his noted accomplishments are: helping shape the University of Saskatchewan’s strategic plan to create opportunities leading to a diversified provincial economy, strategic development of the university’s colleges (faculties), and integration of Indigenization and reconciliation goals; supporting the development of the University of Saskatchewan’s northern campus in Prince Albert; tripling engineering student enrolment, bringing women engineering student levels to among the highest in the country, and increasing research funding at the University of Guelph; and establishing North America’s first Nanotechnology Engineering program at the University of Waterloo.

Vannelli holds a Bachelor of Science in Applied Mathematics and a Master of Science in Mathematics from Concordia University and a doctorate in Electrical Engineering from the University of Waterloo. He has served as a member of the board of the Science Teachers Association of Ontario and TRIUMF, a multi-university particle accelerator centre, and on a number of NSERC committees.

On August 1, Vannelli will succeed Maureen Mancuso, who has served as interim provost and vice-president: academic at Laurier since August 2019.

“We are very grateful to Dr. Mancuso for her significant contributions during her time at Laurier,” said MacLatchy. “She was instrumental in guiding the university’s collaborative budgeting process, developing the university’s Strategic Mandate Agreement, and activating Laurier’s Strategy, among many other accomplishments.”