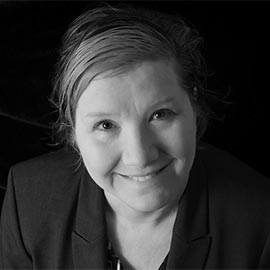 Mobile, a new collection of poetry by Wilfrid Laurier University Professor Tanis MacDonald, is one of 12 Canadian literary works to be longlisted as part of the 2020 Toronto Book Awards. The annual awards program is run by the City of Toronto and Toronto Public Library to honour authors of books of literary or artistic merit that are evocative of life in Toronto. Mobile is the only collection of poetry longlisted as part of this year’s awards.

Mobile is a feminist response to Canadian poet Dennis Lee’s exploration of citizenship in Uncivil Elegies and Other Poems. Throughout Mobile’s 51 poems, MacDonald questions the safety of Toronto’s urban environments and explores female citizenship and settler culpability in a male-centric landscape. MacDonald lived in Toronto for 14 years after moving from her hometown of Winnipeg in 1983.

“It is an honour to have Mobile selected to the Toronto Book Awards longlist and be in the company of such incredible Canadian writers,” says MacDonald. “Working as a writer who also teaches allows me to keep my thoughts fresh and Mobile is very much a reflection of a young woman’s experience filtered through an older woman’s perspective.”

“It is important to me that students develop skills that will serve them when they leave Laurier,” says MacDonald. “I teach them how to talk about their work, to give and receive feedback, and how to handle rejection – because that happens to all of us. I try to give them a realistic view of the industry.”

MacDonald’s teaching and writing are both celebrated among creative writers and educators in Canada. She is the recipient of the 2017 Robert Kroetsch Teaching Award from the Canadian Creative Writers and Writing Programs, the 2012 Mayor’s Poetry City Prize for Waterloo, and the 2003 Bliss Carman Award. MacDonald’s book The Daughter’s Way was a finalist for the Association for Canadian and Quebec Literature’s prestigious Gabrielle Roy Prize for Canadian literary criticism in 2013.

Five works will be named to the Toronto Book Awards shortlist on Nov. 2. The winner will be announced Nov. 30 during an online ceremony. The annual awards offer $15,000 in prize money, with finalists receiving $1,000 and the winning author awarded $10,000.