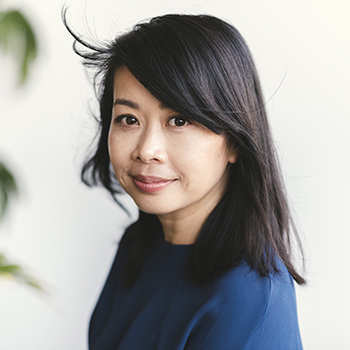 Souvankham Thammavongsa, an instructor in the English program at Wilfrid Laurier University’s Brantford campus, has been chosen for the Scotiabank Giller Prize shortlist for her short story collection, How to Pronounce Knife.

How to Pronounce Knife is a collection of stories focused on characters struggling to make a living, including the daily lives – both humorous and tragic – of immigrants. Thammavongsa highlights the hopes, endeavours and hardships of unforgettable characters caught between cultures, languages and values.

“I feel the work I made is seen and am happy for it,” says Thammavongsa. “Bravo to everyone on the longlist, and also to everyone who published a book this year.”

While How to Pronounce Knife is Thammavongsa’s first work of fiction, she is also the author of four poetry books, Cluster (2019), Light (2013), Found (2007) and Small Arguments (2003). Her short stories have won an O. Henry Award and appeared in Harper’s, The Paris Review, The Atlantic and Granta.

On Oct 5, a panel of judges announced the five finalists for the Scotiabank Giller Prize shortlist. The longlist of 14 titles were chosen from a field of 118 books submitted by publishers all across Canada. The winner will be announced on Nov. 9 at 9 p.m. on CBC and CBC Gem. Canadian actor Eric McCormack will host the broadcast, which will feature a performance by Canadian jazz pianist and singer Diana Krall.

This year, Thammavongsa is teaching “Intro to Creative Writing” and “Creative Writing: Short Story” for the English program at Laurier’s Brantford campus.

“Congratulations to Souvankham on her nomination,” says Ken Paradis, English program coordinator at Laurier’s Brantford campus. “She is widely recognized as one of Canada’s most dynamic and up-and-coming authors and we are happy that she is sharing her expertise with our students.”

The English program at Laurier’s Brantford campus also hosts the biennial Laurier Stedman Prize, which recognizes up-and-coming short-fiction writers in Brantford's local high schools and is part of Laurier’s effort to promote arts and culture in the local community.