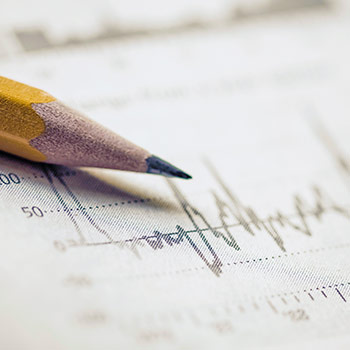 Laurier economists on whether a recession is coming

Laurier economists on whether a recession is coming

Is a recession coming? It’s a question that’s been on a lot of minds lately and the topic of an upcoming conference at Wilfrid Laurier University. Three Laurier economists however, already have an answer:

“We economists are a cautious bunch,” says Associate Professor Edda Claus, director of the Laurier Centre for Economic Research and Policy Analysis. “It’s hard to even know where we are now, never mind where we are going, because our economic data is always at least six weeks out of date. It would be like a meteorologist looking at satellite pictures six weeks old to forecast the weather. So we talk about risks rather than forecasts.”

Economists from around the world will be gathering at Laurier to discuss those risks. The  Laurier-based Rimini Centre for Economic Analysis (RCEA) is hosting the 10th RCEA Macro-Money-Finance Conference, Sept. 13-14, on the topic, “Is a Recession Coming?” The following week, the RCEA Growth, Innovation and Entrepreneurship Conference, on Sept. 20-21, will  focus on long-term growth and the role of innovation and entrepreneurship.

“It’s hard to even know where we are now, never mind where we are going, because our economic data is always at least six weeks out of date. It would be like a meteorologist looking at satellite pictures six weeks old to forecast the weather.” ~Edda Claus

But the back-to-back timing of the conferences has to do with speaker availability, not a sense that economic catastrophe is imminent, says Professor Jurek Konieczny, director of the RCEA.

“Economies are still growing now, even if slowly.”

One reason for all the talk about recession is a sense that we’re due for one. The expansion in the decade since the Great Recession has been the longest in U.S. history. Though Canada has had longer ones, ups always end in downs.

“A recession is always coming. It’s just a matter of time,” says Laurier Lecturer Stephen Snudden, who has been ranked the most influential in the world among economists finishing their PhDs in 2019.

The business cycle is irregular, though. Australia, for example, hasn’t experienced a recession in nearly 30 years, says Claus.

“Ten years is not that long. And as macroeconomists, we have gotten better at keeping the economy stable.”

“A recession is always coming. It’s just a matter of time.” ~Stephen Snudden

That said, there are economic signs in place that can herald a recession. One is that contrary to the usual pattern, interest rates for long-term government bonds fall below those for short-term bonds, a phenomenon that economists call an inverted yield curve. In the U.S., the yield curve inverted before each of the last five recessions, says Konieczny.

Also, the U.S. Federal Reserve recently cut the federal funds rate, which signals it is projecting a slowdown, if not necessarily a recession. And a slowdown in the U.S. is usually bad news for Canada, says Snudden.

“The ongoing trade war between China and the U.S. is a concern because the U.S. is our largest trading partner,” says Claus.

“Where tariffs are being used as a political tool, there are definitely a lot of risks to long-run growth,” says Snudden. “One thing that’s probably surprised a lot of observers is that tariffs have, up to this point, seemingly had little effect. One reason for this may be that they’ve been used as a bargaining strategy and have been seen as temporary. But if people start believing that tariffs are going to be a permanent facet of the economy, they’ll start to perceive that they will be less wealthy in the future and this will affect consumption and investment.”

“The effect is unpredictable, though, because these tariffs and tensions largely originate with one person who is unpredictable,” says Konieczny. “A lot depends on the U.S. president, who’s idiosyncratic and makes arbitrary decisions.”

Political events may also have an effect, say the economists. The turmoil in Hong Kong is a risk to the Chinese economy. Brexit and the 2020 U.S. election are also creating uncertainty.

Economic risks also exist on the household level, which can affect the national level. One is rising economic inequality, say the economists.

“In the U.S., the unemployment rate is the lowest in 50 years but wages have not gone up,” says Konieczny, adding the story is similar in Canada. “The wages of poorer Americans haven’t changed much since the 1980s.”

“If more people are closer to the poverty line or closer to their borrowing limit, consumption becomes much more responsive to changes in income,” says Snudden.

“In the U.S., the unemployment rate is the lowest in 50 years but wages have not gone up. The wages of poorer Americans haven’t changed much since the 1980s.” ~Jurek Konieczny

Household debt is a risk even for the middle class.

One effect of that optimism is that people may take on too much debt when they buy homes.

Another factor encouraging debt is that interest rates have been very low for a long time. While low interest rates stimulate consumption and investment, they leave central banks with little room to manoeuvre in case of a downturn.

“Normally, when the Bank of Canada thinks the economy is slowing, it decreases interest rates to stimulate the economy,” says Claus. “The problem is, though rates slightly below zero are possible because a safety deposit box costs money, if people aren’t getting a return at the bank, they just start hoarding cash.”

Despite that, negative interest rates have appeared in some European countries in recent years, says Konieczny, who has a hypothesis about the low rates.

“Some members of the baby boom generation have retired but a lot of them are in their peak earning years and they’re saving for retirement,” says Konieczny. “With lots of money tied up in savings and limited opportunities for investment, interest rates are low.”

Without much room to reduce interest rates if the economy slows, central banks are likely to quickly turn to less conventional tools such as quantitative easing – increasing the supply of money, says Snudden.

“However, these policy tools have more uncertainty around them in terms of their effectiveness, so they are generally used as last lines of defence.”

The bottom line? While Laurier economists aren’t sounding the alarm about a recession being around the corner, when it comes, it may not be easy to get out.

“When a recession comes, if things look the way they do now, monetary and fiscal policy will not be able to help much, so it may be protracted,” says Konieczny.

“Trying to time the market is seldom an effective strategy. Take the long-term view.”