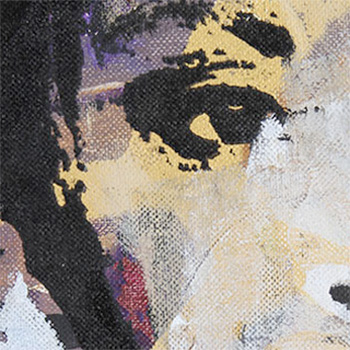 Students might think the Women and Gender Studies program at Wilfrid Laurier University is new, but it’s actually one of the oldest programs of its kind in Canada and has been around for nearly 40 years.

A lot has changed in the discipline since 1982, when the program began as an option jointly offered by Laurier and the University of Waterloo, but much has stayed the same.

“Every year, there’s this general sense among new students that we don’t need feminism and then, as the course runs on, they realize that maybe we do,” says Margaret Toye, who has been a professor with the program since 2003. “They say, ‘It’s different for our generation’ – that’s what we used to say, too. You have to let students discover it for themselves.”

By 1993, Women’s Studies, as the program was called then, had separated from Waterloo and Laurier students could major in combination with another program, just as they can today. The program has grown substantially since then and its courses consistently attract thousands of students every year. Women and Gender Studies has always been an interdisciplinary program, with students taking some dedicated courses from full-time and contract faculty, as well as gender-related courses from other departments. The program is currently overseen by program coordinator Carol Duncan, a professor of Religion and Culture.

“Students feel that our courses are some of the most relevant that they take,” says Toye. “We’re providing them with the tools to explain the world around them, from their personal and family lives to the working world.”

The program has shifted and evolved as new generations bring different issues to the forefront. Technology plays a bigger role in discussions than in past years, for instance.

“What’s exciting now is the conversations we used to have in the classroom are now happening in the media much more,” says Toye, who studies and teaches feminist theory, especially theories related to love, emotions and affect. “We’re still talking about many of the same issues, but the conversations change depending on who is having them.”

This summer, Karen Stote was made Women and Gender Studies’ second full-time dedicated professor in order to fill a gap in expertise in the bourgeoning topics of colonialism and Indigenous-settler relations, reproductive justice, eugenics and genocide in Canada, and issues of gender and the environment. Stote has taught at Laurier since 2013.

Her recent book, published in 2015, and based largely on her PhD research, exposed hundreds of cases of Indigenous women being coercively sterilized in Canada. She continues to research cases of coercive sterilization throughout the past century in Canada. That history, some of it recent, is only just beginning to be acknowledged. She is also researching the role of western feminism in perpetuating colonization and what decolonizing feminism might look like.

Stote has a unique approach to teaching. Along with other professors in the program, she brings in experts from the community to speak to her classes, including doulas, social workers and public defenders. Stote also pushes her students to think about their privilege and to engage in social issues in a way that’s responsible to those who have been marginalized.