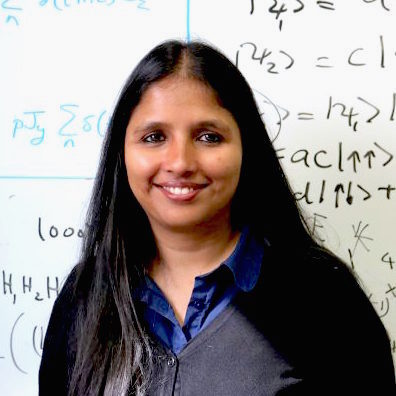 Ghose is a trailblazer for women in science as well. An expert in quantum information science, she was one of only 20 people worldwide selected for the TED Fellows Program in 2014 ­– one of many awards she has won. She’s also director of Laurier’s Centre for Women in Science and she’s as passionate about teaching people about the contributions of women scientists as she is about her own work.

That’s why, when the TED organization offered Ghose a chance to write the script for a TED-Ed video, Ghose jumped at the chance. The result is the TED-Ed lesson, “The Genius of Marie Curie.”

Ghose says she and the TED-Ed team chose Curie because she’s already well known – but the details of her life and work aren’t.

“My goal was to explain what exactly Curie’s scientific achievements were – and also to tell an incredible human story about what it means to be a woman in science.”

Ghose worked closely with animator Anna Nowakowska to make sure the video would be both visually arresting and scientifically accurate. She wanted to emphasize not only the particulars of Curie’s remarkable life and work but also two other messages.

The other message is that although Curie was exceptional by herself, she achieved what she did in part because despite all the systemic barriers she faced, she had a few allies, including her husband and collaborator, Pierre Curie.

“To build a strong and healthy scientific community, we need to have everybody support each other and be inclusive,” says Ghose.

It’s not the first time Ghose has worked to educate the general public about science but it was her first time participating in TED-Ed. She says she loved the process and hopes to produce more similar videos in the future.

“There are so many amazing stories out there, especially around women and minorities in science.”﻿