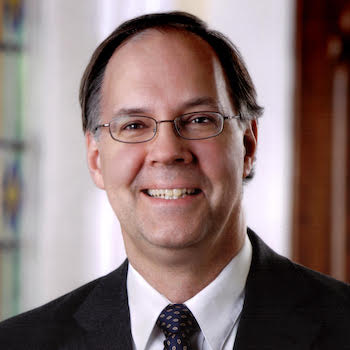 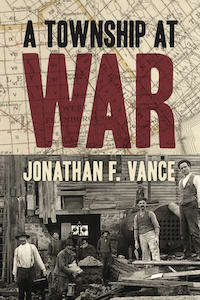 A Township at War (Wilfrid Laurier University Press) explores the Canadian experience of war both at home and overseas through the story of East Flamborough Township in southern Ontario. Drawing on a diverse array of local and family sources, Vance weaves the history of the home front into the story of Canada’s war in France and Flanders, bridging the gap between social and military history and bringing a turbulent time period to life.

In conferring the award, the committee noted: “Professor Vance, who is one of Canada’s most distinguished historians, has written a transformative history, synthesizing existing scholarship with extensive new research. At the same time, A Township at War is a forceful work, engagingly written while making a major contribution to our understanding of how the First World War was a transformative event for Canadians at the local level. It is a story that only could have been told by a master of the field such as Jonathan Vance.”

Vance is J.B. Smallman Chair in Western’s Department of History and the author of several other books. He previously won the C.P. Stacey Award for his 1997 book, Death So Noble: Memory, Meaning and the First World War.

“Vance draws from rich narrative sources to reveal what rural people were like a century ago – how they saw the world, what they valued and how they lived their lives,” according to Wilfrid Laurier University Press. “We see them coming to terms with global events that took their loved ones to distant battlefields and dealing with the prosaic challenges of everyday life... This is a story of resilience and idealism, of violence and small-mindedness, of a world that has long disappeared and one that remains with us to this day.”

“Both of these works were superb and worthy of honourable mention,” wrote the committee.

The C.P. Stacey Award is named in honour of Charles Perry Stacey, historical officer to the Canadian Army during the Second World War and later a long-time professor of history at the University of Toronto.

The C.P. Stacey Award is presented annually to the best book in the field of Canadian military history, broadly defined, including the study of war and society. The award winner receives a prize of $1,000, made possible through the generous support of Brad and Sara Dunkley, John and Pattie Cleghorn and the Department of History at Wilfrid Laurier University. The LCMSDS took over administration of the award in 2018 from the Canadian Committee for the History of the Second World War.

The 2018 award committee consisted of Mark Humphries (Wilfrid Laurier University; Director, LCMSDS), Isabel Campbell (Directorate of History and Heritage, National Defence Headquarters, Ottawa), and Serge Durflinger (University of Ottawa). Awards are decided after the end of the year in which eligible books were published. To learn more, visit canadianmilitaryhistory.ca/stacey.