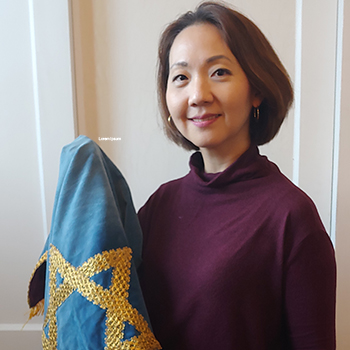 Brantford – At one time, roughly half of all merchants in downtown Brantford were members of the city’s Jewish community. In the 1960s, the community peaked at 150 families, but that number has been dwindling ever since. The history and important contributions of Jewish people to Brantford’s social fabric will be brought to life at Memories of Brantford’s Jewish Community, a history-meets-theatre event on Tuesday, Nov. 26. The event is hosted in part by Wilfrid Laurier University and inspired by the book Shtetl on the Grand by Gerald Tulchinsky.

Tulchinsky, a Queen’s University professor emeritus who specialized in Canadian Jewish history, was born in Brantford in 1933. Published in 2015, his collection of stories, Shtetl on the Grand, centres on his memories of growing up Jewish in Brantford and his observations on Jewish settlement (shtetl) booms and declines in small towns in Canada.

Tulchinsky passed away in 2017. The event, Memories of Brantford’s Jewish Community, aims to explore the rich cultural history in Brantford’s downtown through his stories and archival documents and photographs.

Laurier associate professor Christina Han has put together an interactive media exhibit on the history of the Jewish community in Brantford.

“We put together an interactive map that shows the growth of the Jewish community from 1911, 1936, 1947 and 1962. It maps out where the community lived in the city and where their businesses were located,” said Han.

A larger exhibit will be at the Brant Museum and Archives from Nov. 26 to March 20, 2020. The display includes stories, photographs and artifacts collected from community members, local synagogues and the Ontario Jewish Archives.

“I hope this event helps people to remember the vibrant multicultural history that Brantford used to have and continues to have,” said Han. “I hope people can connect back to when downtown Brantford was the heart of the community. This project dives into an impactful moment in the city’s history.”

Memories of Brantford’s Jewish Community activities on Nov. 26 include:

To register visit Eventbrite or branttheatre.com/shtetl-grand.