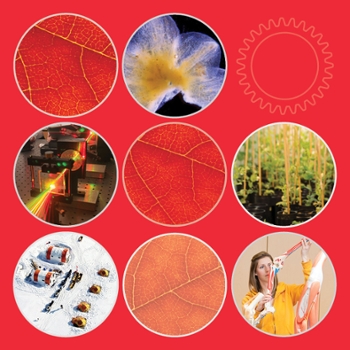 Minister of Science and Sport Kirsty Duncan announced the latest round of federal funding for labs and research equipment on March 13 at Western University. In total, the Canada Foundation for Innovation’s John R. Evans Leaders Fund (JELF) will invest $39 million into 186 projects at 43 universities across Canada.

“This infrastructure funding will help Laurier researchers gain new and exciting insights that will shape their specific disciplines and lead to tremendous benefits for society,” said Rob Gordon, Laurier’s provost and vice-president: academic.

Jones, a psychology professor and director of the Laurier Centre for Cognitive Neuroscience, is receiving $76,020 toward the purchase of a functional near-infrared spectroscopy system, brain imaging technology that measures oxygen at particular locations in the brain. Jones, who is also Laurier’s interim associate vice-president of research, researches what happens in the brain when people speak or listen.

“Speech production is one of our most complicated behaviours,” said Jones. “It involves the exquisitely timed movements of the vocal tract, which includes the jaw, tongue, lips and larynx, to communicate our thoughts to other people, and we currently don’t have a thorough understanding of how the brain does this.”

Other methods that can image the brain in real time have major disadvantages in Jones’s research. Magnetic resonance imaging (MRI) involves putting people inside noisy machines, which limit communication. Electroencephalography (EEG) picks up brain signals from physical movements as well as from speech, which makes it difficult to conduct research involving participants such as children or Parkinson’s patients.

“With this new equipment, we don’t need to be as restrictive,” said Jones. “Research participants can sit up, act normally and have a natural conversation.”

The research done with the equipment will help Jones, his students and colleagues understand how the brain organizes speech and could be applied to helping patients with communication challenges, including strokes, Parkinson’s disease and autism spectrum disorder. The equipment could also be used for other research, such as on memory, detecting drug impairment, and understanding how the brain processes music.

“I’m excited to be able to do cutting-edge research that will have implications for the health of Canadians and to bring a new tool to the university that graduate and undergraduate students can use for training,” said Jones.

Horsman, an associate professor of chemistry and biochemistry, is receiving $97,651 toward the purchase of a mass spectrometer, which is a tool that can measure the mass of molecules, allowing researchers to accurately identify them.

“This award will have an incredible impact on our research program,” said Horsman. “This state-of-the-art equipment will allow my team to learn more about the identities of molecules than we ever could before.”

Horsman’s research focuses on molecules made by bacteria, particularly an unusual class of molecules called phosphonates, some of which are commercially important in uses such as antibiotics and herbicides.

“Bacteria are really masterful chemists,” says Horsman. “These phosphonates are bacterial natural products with known commercial usage, but current research on them is limited by the capabilities of outdated lab equipment. This award will allow us to investigate these valuable molecules in greater detail.”

Not only is Horsman working to identify new phosphonates, he is also examining how they are incorporated into cell surfaces, which may affect how bacteria interact with immune systems. His findings could have applications in health care as well as in biocatalysis, which involves using enzymes to manufacture organic compounds in greener ways.

Undergraduate and graduate students will benefit from the new equipment, as will other Laurier faculty members.

“This system is a robust modern instrument that will allow students to have direct, hands-on training that will provide them skills in high demand by future employers,” said Horsman.