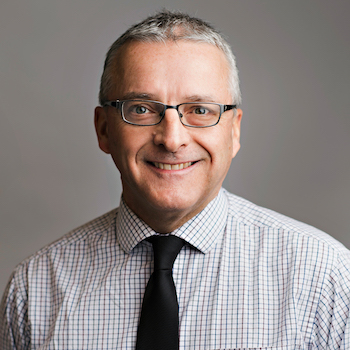 Laurier appoints distinguished researcher and administrator to role of provost and vice-president: academic

Laurier appoints distinguished researcher and administrator to role of provost and vice-president: academic

Since joining Laurier as vice-president: research in November 2015, Gordon has significantly advanced Laurier’s research initiatives while integrating research, teaching and community engagement. Gordon has provided strategic direction for Laurier’s rapidly growing research areas, which include 23 research centres and institutes and 13 Canada research chairs. Under his leadership, Laurier saw a 23 per cent increase in total new research funding in the last year, which was recognized as the second-fastest relative growth of any university in Canada.

“I am very pleased that Rob Gordon will be Laurier’s next provost and vice-president: academic,” said Deborah MacLatchy, president and vice-chancellor. “Rob’s strong leadership skills in academic and research administration will continue to provide significant opportunities for Laurier as we further develop as a multi-campus and comprehensive university. I look forward to continuing to work with him in his new portfolio.”

As provost and vice-president: academic, Gordon will lead the university in implementing the priorities outlined in Laurier’s Strategic Academic Plan, including advancing academic excellence, expanding experiential learning and enhancing diversity, and will serve as the senior lead in implementing the academic plan for Laurier’s Milton campus. As an integral member of the university’s executive leadership team, Gordon will work closely with the president and vice-chancellor on university-wide strategic planning and executing the university’s Strategic Mandate Agreement with the province.

“I am extremely excited to take on this important leadership role at Laurier,” said Gordon. “It has been my pleasure to be part of our amazing research transformation during the past few years, and I look forward to further supporting Laurier’s growth as a comprehensive, multi-campus institution with a commitment to academic excellence, student success and enhanced diversity.”

In addition to his role as vice-president: research, Gordon was appointed acting provost at Laurier in March 2017. He co-chaired the university’s budget committee and most recently served as chair of the university’s Task Force on Freedom of Expression.

Gordon holds a tenured position in Laurier’s Faculty of Arts in the Department of Geography and Environmental Studies. He has published more than 150 peer-reviewed articles and has supervised more than 60 graduate students throughout his career.

On July 1, Gordon will succeed Paul Jessop, who has been serving as acting vice-president: academic since March 1, 2017. Since arriving at Laurier in 2010 as dean of the Faculty of Science, Jessop has successfully led the growth of undergraduate and graduate programs, research activities, and outreach.

“Paul is well-deserving of his reputation as a collegial and collaborative leader,” said MacLatchy. “I thank Paul for his commitment and leadership during his time at Laurier both as dean and as acting vice-president: academic, and wish him well in during his earned administrative leave, commencing July 1.”

In the coming days details will be communicated in relation to the senior leadership in the Office of Research Services during this transition period.