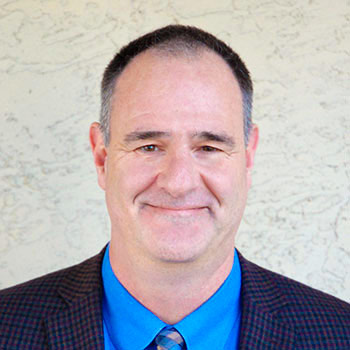 Waterloo – Wilfrid Laurier University has appointed Douglas H. Deutschman as the new dean of its Faculty of Graduate and Postdoctoral Studies. Deutschman joins Laurier from San Diego State University, where he has been associate dean of the College of Sciences since 2016. At Laurier, he will also have a tenured faculty appointment in the Department of Biology.

“We are very fortunate to have attracted to Laurier a well-established scholar who has a wealth of experience in graduate education and university administration,” said Paul Jessop, acting vice-president: Academic at Laurier.

Deutschman has made significant contributions to administration and governance initiatives at San Diego State University. He was chair of the Senate, chair of the academic resources and planning committee, and served on task forces on budget transparency, class sizes, education reform, student success and evaluations of teaching. He has also served on the president’s budget advisory committee, the tenure-track planning committee, and the campus fee advisory committee.

“I am excited to be joining Laurier at a time when the university is evolving to meet the rapidly changing needs of a diverse group of bright and engaged graduate students,” said Deutschman. “Graduate education is changing in North America and Laurier is positioning itself to not only survive but to grow and thrive.”

In addition to his success as an academic administrator, Deutschman is also an award-winning professor and accomplished researcher. He obtained his PhD in Mathematical Ecology from Cornell University in 1996 and holds MS degrees in both Ecology and Statistics, the latter from the University of Waterloo. As a professor of biology, Deutschman has mentored or supervised more than 70 graduate students in biology and across departments at San Diego State University. In 2014, he received the President’s Leadership Award for Faculty Excellence.

Deutschman has authored or co-authored 60 publications and technical reports in conservation, ecology, and statistics. His research focuses on mathematical, computational, and statistical approaches to topics in ecology and conservation biology, and he has competed for and received close to 50 grants and contracts totaling more than $4 million.

Deutschman’s term at Laurier will begin Oct. 1, 2017. Tamas Dobozy, who has been serving as acting dean of the Faculty of Graduate and Postdoctoral Studies since July 2016, will return to Laurier’s Department of English as professor at the end of June 2017. Matt Smith, professor in the Department of Biology, will be acting dean from July 1 to Sept. 30, 2017, and will then serve as associate dean from Oct. 1 to June 30, 2018. Jeffrey Jones, professor in the Department of Psychology, will be acting associate dean from July 1 to Sept. 30, 2017.

“I would like to thank Tamas Dobozy for his contributions as acting dean over the past 12 months, and for providing valuable support as we transition to the appointment of the new dean of the Faculty of Graduate and Postdoctoral Studies,” said Jessop. “I would also like to thank Matt Smith and Jeffrey Jones for their ongoing service and support.”